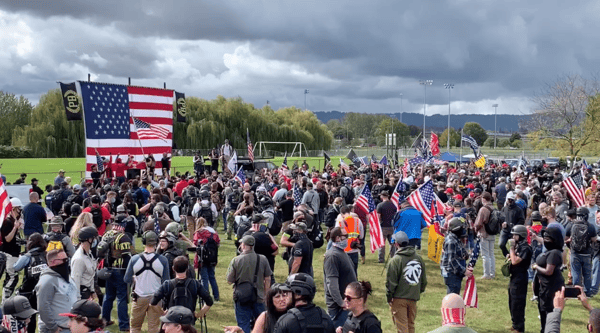 Share No Comment
Home » The 2020 US Presidential Election: Why eye-witness video is vital when covering a story of global significance

With just weeks left in the 2020 Presidential election race, Americans face an epic choice. Billed as the most important election in US history, the result will have wide-reaching implications for democracy and solidarity not just for 2020, or even the next Presidential term, but for generations to come. Whether Republican or Democrat, the stakes couldn’t be higher for the big issues of our time - global relations, climate change, abortion, healthcare, gender inequality and racial justice. So it’s more important than ever that Americans, and indeed the rest of the world, have access to factual, trustworthy and unbiased information.

It’s no understatement to say this is critical to the future of democracy, and yet a recent poll by Gallup and the Knight Foundation found that, just as the country is polarised, so too is the media. 86% of Americans say that news media has either a great deal or fair amount of political bias in its reporting. 46% believe that the media bears a great deal of blame for political division, and a vast majority of Americans feel that they’re not well served by a media environment that doesn’t reflect the array of perspectives or experiences of people like them.

Amir Samarghandi, US Elections Editor at Newsflare, explains why eye-witness video offers perhaps the most democratic way to cover the election, and how it has the potential to change the future of journalism.

A solid foundation of truth

America, and the world at large, has never been as divided or opinions more polarised than we’ve seen during this election. Unfortunately the same can also be said of the media. In addition, misinformation is continuously permeated online. Americans, and indeed audiences across the world, can be lead down whatever rabbit hole they choose, with media outlets and social networks reinforcing their views, reinforcing their biases, and reinforcing their sense of distrust.

The ultimate role of the media is to tell the truth, and eye-witness video is the fuel that drives that. Don't give in to sensationalism, don't give in to clickbait, don’t give in to false narratives. Let the truth be the truth.   Eye-witness video offers the opportunity to deliver stories with a starting point in reality. It allows media outlets to not only cover a story, but to show the actual moment the story took place, and therefore ensure the audience comes away from the experience with a better understanding of the truth.

It’s no longer enough to simply tell the news. Audiences crave a sensory experience when it comes to news consumption. They want to see the story and they want to feel the story. During the election race people have been hungrier than ever for news, and place a heavy importance on being informed and connected with the stories shaping the election as they happen.

People want to watch more and read less - as the saying goes, ‘seeing is believing’. Eye-witness video puts viewers in the moment, let’s them experience it. The viewer can then interpret what they’ve witnessed, and determine how they feel about it. It also gives them a chance to see the world through the lens of other people, and from a myriad of perspectives.

Cutting through the hype, bias and hearsay

We need that right now, we need for people to see, rather than hear. We need people to watch without interpretation or nuanced narrative. Eye-witness video lets the truth be the truth.

Few things are more emotive than politics, or the stories and events shaping society. The eye-witness video format guarantees audiences feel emotionally connected to a story. It’s a level of genuine human connection that cannot be created by a packaged news story that is essentially a one-way conversation. It brings humanity to story-telling. It’s about a true exchange of value - audiences are investing their emotional energy into watching or reading the news, and it’s important to give them back an emotional touchpoint.

Grow your audience by making them part of the conversation

Democracy thrives when communities are not only informed, but engaged. Eye-witness video gives the people a voice, a chance to be part of the conversation.

Audiences want to participate and interact with the stories happening around them. This is important during events of global significance. Eye-witness video elevates people, makes them feel validated and part of history in the making. At a time when competition for audience attention is fierce, by making them an integral part of the story, letting them participate and interact with the coverage, you grab them from the noise of the crowded newsfeed and keep them engaged.

For news outlets and social media publishers, it’s important to use every tool at your disposal to tell a story in a factual way and capture the attention of the audience, especially when covering a global event. Nothing achieves both objectives more succinctly than eye-witness video.

If you would like to speak to Amir and learn more about how eye-witness video is playing a vital role in the coverage of the US election and other globally significant stories, or understand how you can harness this medium to capture audiences in a creative and meaningful way, then get in touch today.

Are you covering the elections? Don't miss out on telling the real stories from the view of the people. 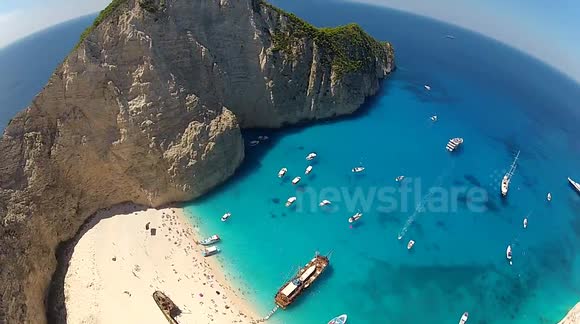 The top 5 broadcasting concerns in 2020, and how producers can overcome them when pitching unscripted content