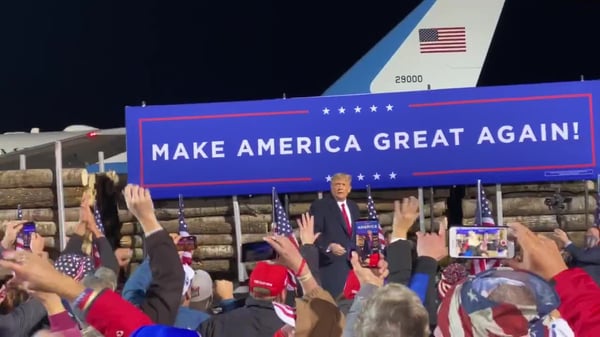 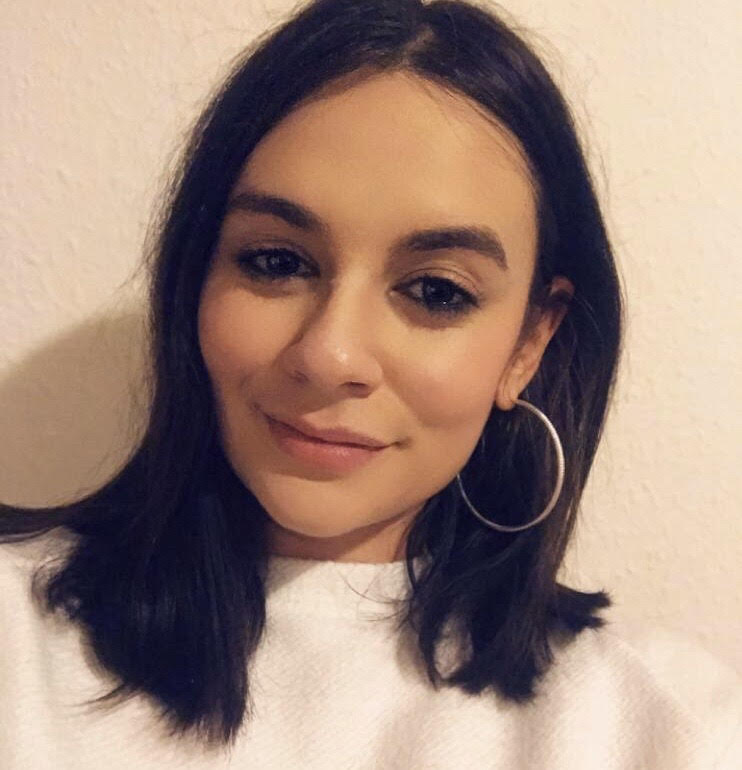 With just weeks left in the 2020 Presidential election race, Americans face an epic choice. Billed as the most important election in US history, the result will have wide-reaching implications for democracy and solidarity not just for 2020, or even the next Presidential term, but for generations to come. Whether Republican or Democrat, the stakes couldn’t be higher for the big issues of our time - global relations, climate change, abortion, healthcare, gender inequality and racial justice. So it’s more important than ever that Americans, and indeed the rest of the world, have access to factual, trustworthy and unbiased information.

It’s no understatement to say this is critical to the future of democracy, and yet a recent poll by Gallup and the Knight Foundation found that, just as the country is polarised, so too is the media. 86% of Americans say that news media has either a great deal or fair amount of political bias in its reporting. 46% believe that the media bears a great deal of blame for political division, and a vast majority of Americans feel that they’re not well served by a media environment that doesn’t reflect the array of perspectives or experiences of people like them.

Amir Samarghandi, US Editorial Lead at Newsflare, explains why eye-witness video offers perhaps the most democratic way to cover the election, and how it has the potential to change the future of journalism.

Q: What is the general feeling in the US at the moment?

A: It’s the best of times and it’s the worst of times. Whilst there remains a sense of hope and optimism that things will change, at this hugely important moment in history there is an overwhelming undertone that both sides feel aggrieved and unsettled by a deep-rooted sense of unfairness. Underlying this is massive division across many issues. The country has never been as divided as it is now; opinions have never been more polarised, and unfortunately neither has reporting by the media. Likewise, misinformation is continuously permeated online. Americans can be lead down whatever rabbit hole they choose, with media outlets and social networks reinforcing their views, reinforcing their biases, and reinforcing their sense of distrust.

Q: Why is eye-witness video so vital in telling the story of the election?

A: Eyewitness video doesn’t impart an opinion, it simply records an event. It puts viewers in the moment, let’s them experience it. Importantly it delivers the facts without imposed or ingrained bias. It provides a talking point without setting the tone of the conversation. To put it simply - seeing is believing!


Let’s take some examples from major election talking points. If a video shows looting, then it shows looting. If a video shows someone is or is not carrying a gun at a demonstration in Kenosha or Portland, then it shows exactly that. If a video shows a policeman with his knee on someone’s neck, it shows that. It debunks myths and eliminates hearsay. We need that right now, we need for people to see, rather than hear. We need people to watch without interpretation or nuanced narrative. Eye-witness video lets the truth be the truth. The viewer can then interpret what they’ve witnessed, and determine how they feel about it. It also gives them a chance to see the world through the lens of other people and perhaps even confront their own biases.

Importantly, it’s also about giving the people a voice, a chance to be part of the conversation, and in this case a part in the history of this election. Audiences want to participate and interact with the stories happening around them. Democracy thrives when communities are not only informed, but engaged. Eye-witness video offers both trustworthy information and engagement.

Q: What role does eye-witness video have in shaping media coverage of major events and wider global stories?

A: Eye-witness video gets right to the heart of the fundamentals of good journalism.   We’ve seen it with other events - such as the Beirut explosion and California wildfires – video is increasingly leading how stories are brought to audiences, and is shifting how news is being delivered. During major global events, especially elections when information can literally effect lives, eye-witness video must be a vitally-important component of any news report.


We have a situation currently where one media outlet can describe a rally as a terrorist attack, while another describes it as a peaceful gathering of people. During the election people have been caught in the spin of two different hurricanes. Video cuts right through this.

The ultimate role of the media is to tell the truth and video is the fuel that drives that. Don't give in to sensationalism, don't give in to clickbait, don’t give in to false narratives. Let the truth be the truth.   Eye-witness video will change journalism for the better by delivering stories with a starting point of reality. Eye-witness video allows media outlets to not just cover a story, but also show the actual moment the story took place. That’s hugely powerful in terms of ethics and audience building.

Q: What are the considerations for a journalist or media outlet looking to incorporate eye-witness video?

A: The most important thing is to trust your source. Verification is crucial, and so is speed of verification for journalists who want to be fast and first with a story.   When you have a verified source fast, you have a great source

Also important is having access to a huge bank of contributors - citizen reporters all over the world, at your fingertips. In the case of the election, journalists should seek a database of contributors on both sides of the political divide, and for global stories and events, it’s about having hundreds of the people on the ground in an instant, showing the story from every angle.

Are you covering the elections? Don't miss out on telling the real stories from the view of the people. 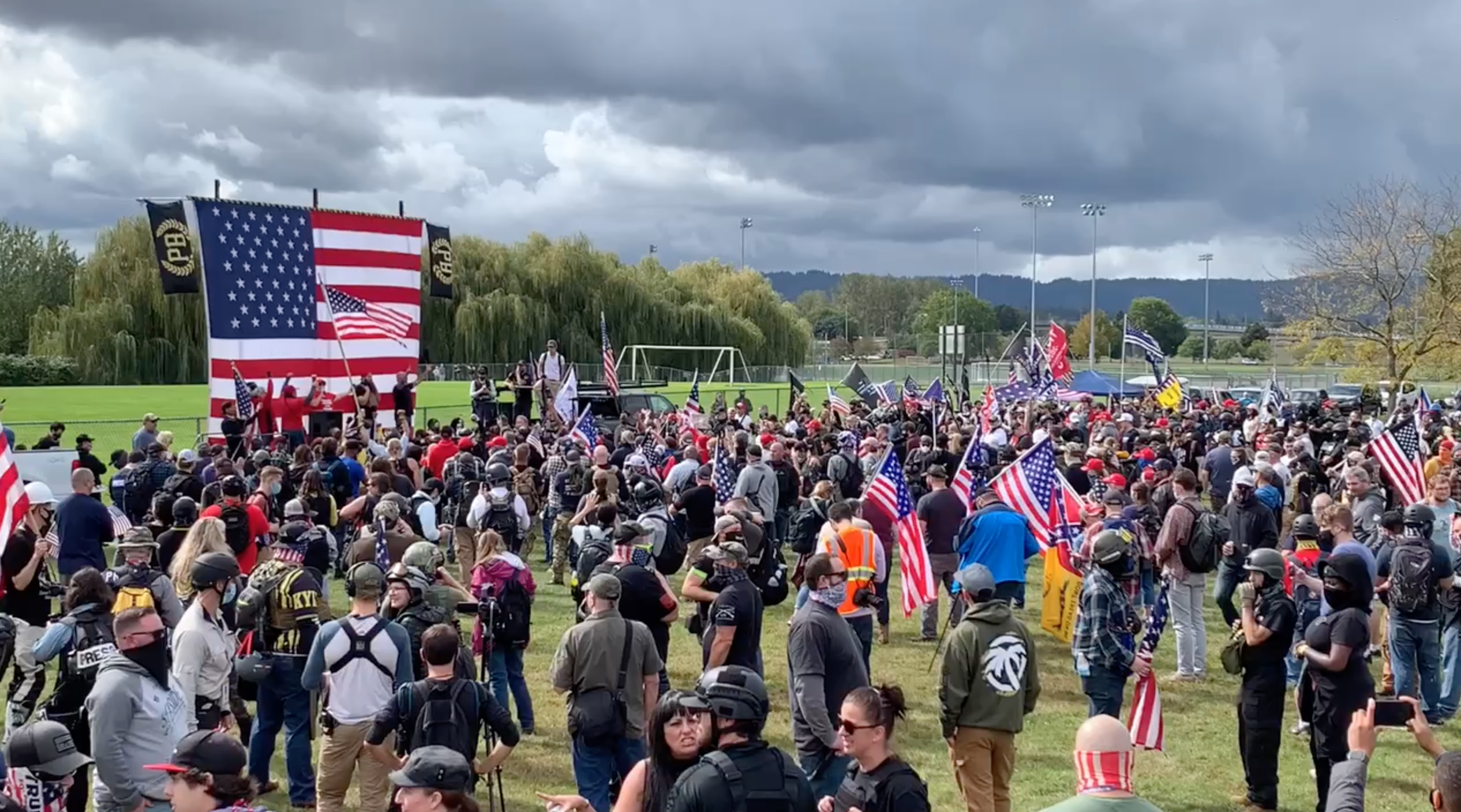