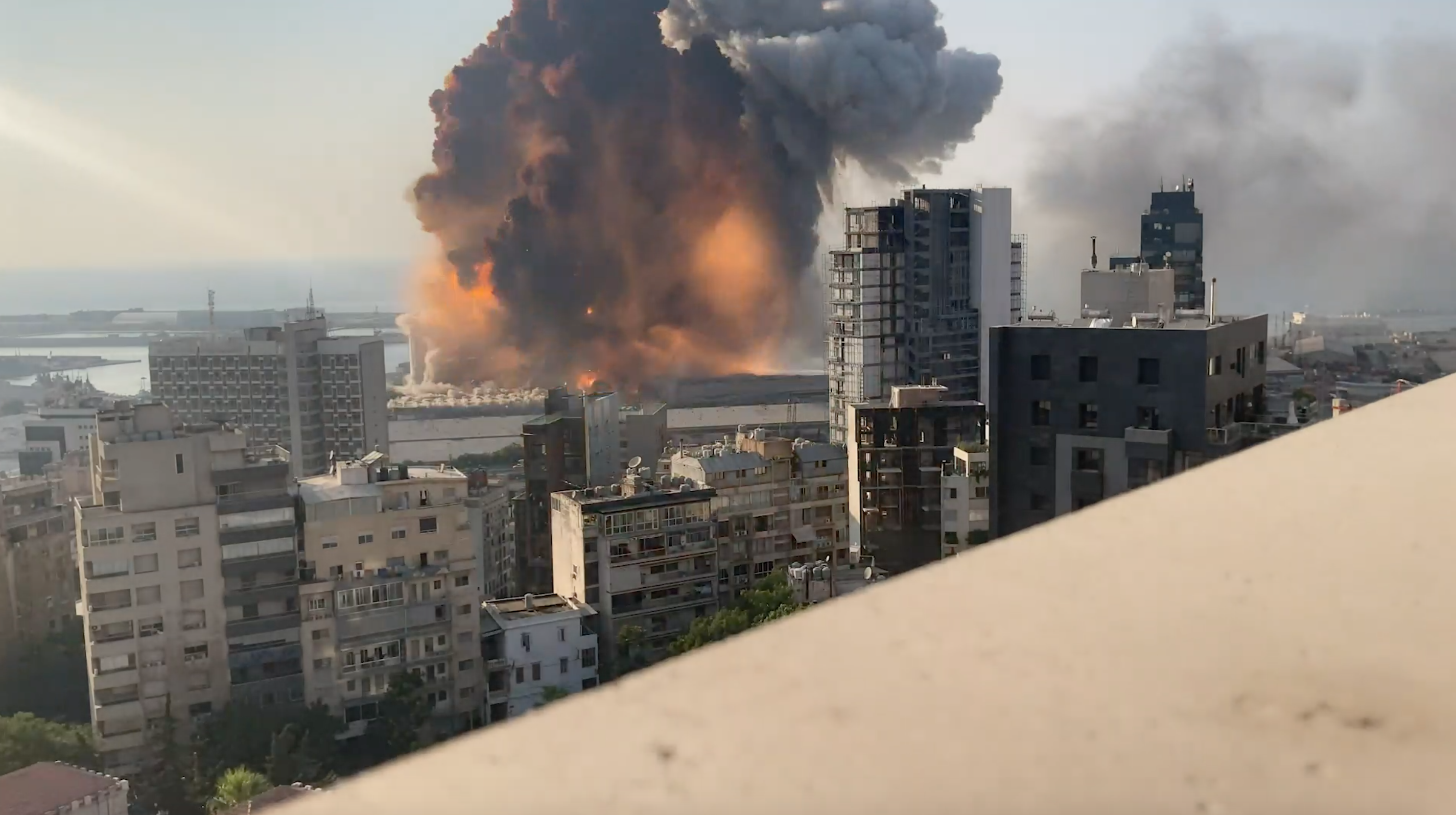 The year 2020 continues to bring us one breaking news story after another. Major news publishers are edging in the race to get to the scene of these events in order to tell the stories that matter. User-generated video, authentic in its nature, plays an integral role in capturing these moments as they develop, enabling publishers around the globe to connect with their audiences with engaging and memorable video.

On the afternoon of the 4th August, yet another event shook the world. Videos showed the shocking moment an explosion rocked the port of Lebanon’s capital city. Within just 24 hours of the devastating event, Newsflare acquired over 30 clips from capturing the blast itself to the aftermath of the explosion filmed by our members, giving news publishers immediate access to video coverage captured from different angles.

‘It was something I could not get away from. I experienced this white hot. Glass exploding. I don’t know if I jumped or the shock waves pushed me and I found myself on the floor. I don’t know how much time had passed.’ Nameth - Newsflare member.

News publishers around the world were first and fast to source and publish exclusive videos from Newsflare to provide a meaningful and engaging view of one of the most terrifying and impactful events that we’ve seen in the last week. It is the videos themselves that are bringing to life the true story as it unfolds in Beirut and our members who are building the narrative around this tragedy.

Within 2 hours after being uploaded to our platform by our member, the unseen footage of the explosion in slow motion was bought by a major US publisher and subsequently by other clients around the globe. It was this moment, filmed in 4k on a tripod, that was able to convey the impact and scale of the blast like no other.

How you can help Lebanon and those affected?

With the country already on the brink of an economical collapse and struggling with the coronavirus pandemic, the blast has killed 135 citizens and left almost 300,000 homeless.

Here’s how you can help. The Lebanese Red Cross are collecting donations to aid those that have been left affected.

A new era of factual and unscripted: Discover and trade fresh new content at MIPCOM with user-generated video

According to Deadline, there is a widespread sense of optimism amongst TV buyers that the next...
Read More