Meet Oliya Scootercaster (@ScooterCasterNY)  - documenting, observing, and presenting to the world the raw and unfiltered reality of Russia’s invasion of Ukraine

A Newsflare member since 2018, Oliya is an independent journalist based in New York.  Oliya is originally from Ukraine and flew back to Kyiv at the end of January to cover the story, as news began to circulate of Russia’s impending invasion.

Stories from the frontline as Ukraine prepared for invasion

Oliya spent her first few days reporting on stories from the frontline in Donbas.  She shared several video interviews with soldiers as they undertook training exercises and shared their views on Putin.  She has also posted interviews with residents, and her own video diary documenting the change of mood as imminent invasion became a reality.

Back in Kyiv Oliya began filming civilian training camps. In one particularly poignant video she speaks to an 11-year-old boy who came to Kyiv to learn how to use weapons.  “I’m very worried for my homeland”, he says “I want her to be safe”.  She also shared the experience of a civilian volunteer at an army training camp, who explained that as an engineer by trade he does not want to fight but is prepared to do what it takes to defend himself and his family from Russian aggression. 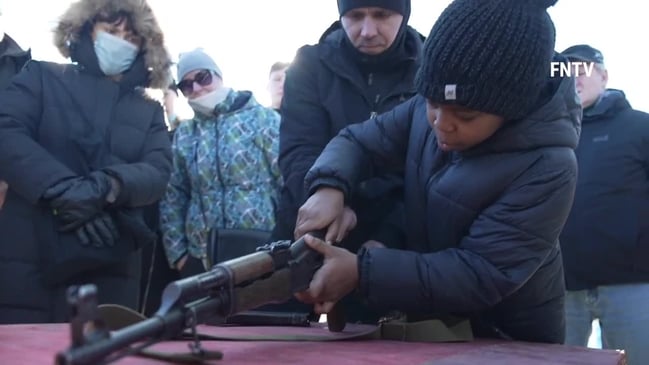 Documenting the panic as citizens attempt to flee Kyiv

Due to fly back to New York on 21st February, Oliya found herself stranded in Kyiv when Air France cancelled all flights out of the country.  She bravely continued to report on stories from the capital as a state of emergency was announced on 23rd February.

Oliya’s eye-witness video accounts provide an emotionally-powerful glimpse into the life of a city under impending siege – from the traffic jams as people try desperately to flee, long lines at ATMs, and empty supermarkets, to the devastation caused by missile attacks in residential areas, and volunteers subscribing to be mobilised into militia forces ready to protect the city they love.

Newsflare was privileged to speak to Oliya about her experience witnessing first-hand the devastation in her homeland.  She said:

“It has been tough to cover this story as the war is happening in my home country. Seeing the cities and streets I loved as a child, destroyed, is inexplicable” 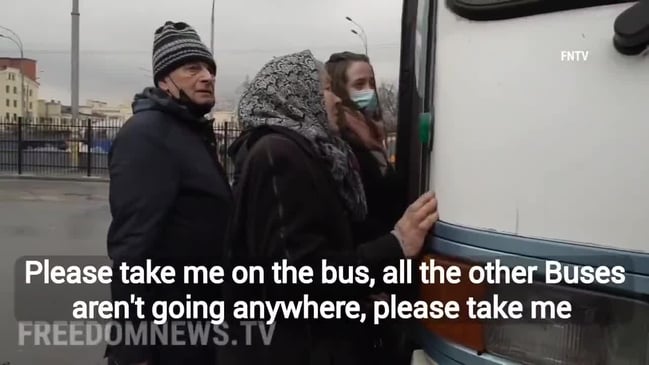 She also explained the challenges she experiences filming in Ukraine and getting her stories out there for people to see.

“There are multiple challenges due to the security issues, a lot of interesting things aren't allowed to be filmed as to not provide any information to Ukraine’s enemies”, explained Oliya.  “It can also be challenging to cover this as a woman. Sexual assaults often become a big tragic part of the war and it’s definitely a fear of mine as I work mostly alone. Thankfully I've been able to pair up with amazing colleagues here.”

Oliya herself fled Kyiv by car.  As she travelled, she shared the stories of all those she encountered.  Oliya’s video interviews shine a light on the individual stories of Ukrainians displaced by the conflict.  Her accounts include the story of a young lawyer travelling back to his home city of Lviv, a young couple fleeing explosions in Billa Tzerkov, a group of Indian students hoping to make it to the safety of Polish refugee camps, a young mother and her one-year-old baby, and other parents desperate to find a place of safety for their young children.

The action live from her journey to the border

After many days travelling Oliya made it to Lviv.  Despite her own exhausting and terrifying journey Oliya continued to film and share the stories of civilians, refugees, volunteers, and those taking up arms to protect their country from Russia’s unjustified and unprovoked act of aggression. As she travelled towards Hungary.

Oliya finally made it to the Hungarian border on 10th March, and after spending a full day at a refugee camp she was then driven to Budapest by a volunteer along with other refugees.

It has been a true honour to help share Oliya’s story and the stories of all those she encountered as she so authentically documented the conflict.

Please follow her and take some time to watch her account as she continues to document, observe, and present to the world the raw and unfiltered reality of the conflict.

Tags: newsflare, Editorial
Back to Blog

A new era of factual and unscripted: Discover and trade fresh new content at MIPCOM with user-generated video

According to Deadline, there is a widespread sense of optimism amongst TV buyers that the next...
Read More