Head of News: This Week’s News

One of Newsflare’s senior journalists, Richard Oxley, wrote a blog post last week detailing what he thinks, with his years of experience, makes a video go viral, and one of the most significant things he mentioned was “uniqueness”.

I, therefore, thought it might be a good idea to give the best example of an original viral video uploaded to Newsflare this week. It combines a couple expecting a baby, an exploding target and a massive rifle.

As you can see below, the filmers came up with an unbelievably original way to reveal the gender of their first-born child to their friends and family.

To explain exactly what’s happening in the footage: The happy couple, from Michigan in the US, bought a binary (exploding) target, drew a question mark on it and placed it in a field. Then, the father-to-be shot it with a sniper rifle. The smoke plume pouring from the target was blue, meaning they were having a boy.

It might sound like a bizarre thing to do to some people, but it’s impossible to deny that it is an original video concept.

It also has a heart-warming, human interest element. The video was produced with nice still images of the man and his pregnant wife, and features cheering family and friends who had come out to watch the ‘Big Reveal’.

And that’s just one example of the sort of original, viral-style content we’re looking for to offer to our clients.

Remember not to do anything too extreme though. We’re looking for creativity, not stupidity, and this video was filmed safely. 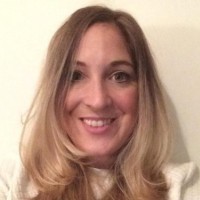 Newsflare’s oldest video and how we found it
January 6, 2017
Read Next

Head of News: This Week’s News