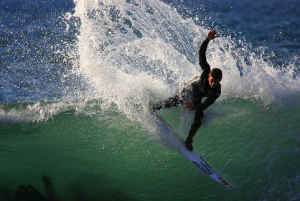 A little background on Mike Newman

Mike Newman is a freelance photographer and videographer based in Cornwall, in the far south west of the UK. He has been passionate about photography ever since he was a young boy, when his dad gave him his first camera. Though Mike left his hometown in search of work across England, there was something about the waves of Cornwall that lured him back. He started photographing the ocean more, particularly the magnificent storms that hit the coast and he soon became a respected and well-known photographer in the area. With 50 or more local galleries exhibiting his work, his career in photography and videography has now spanned 20 years. 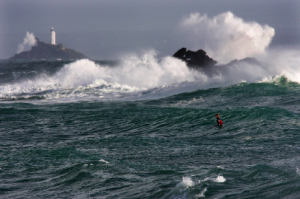 When asked by Newsflare what he believes has been a contributing factor to his success, with now selling over 70 videos with Newsflare, Mike responded, “Nowadays I shoot a lot of editorial photos for lifestyle magazines, surf press, local and national papers and have been moving into shooting promo videos as well as stills. I’m frequently outdoors on various shoots and as a result, I often come across something that might be a newsworthy item to film”. 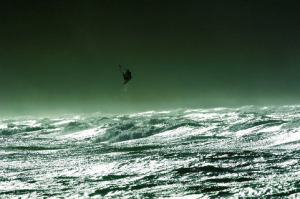 He continues, “I’ve had a brilliant time with uploading video to Newsflare, who rang me after seeing one of my storm videos on YouTube. It was a nice surprise to earn some cash almost immediately when that video sold twice on the same day it went up on Newsflare.”

Also a keen surfer, Mike keeps a close eye on the weather, which helps him identify extreme weather patterns, as he knows that the media are always looking to purchase this type of video. 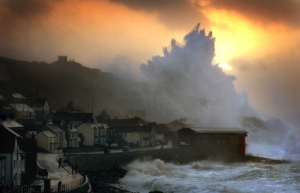 On filming storms Mike says, “One of the main things to consider if you’re going to shoot extreme weather or extreme sport is safety – both for you personally and for all your expensive camera gear. Large waves tend to surge up the beach further than normal waves, so I usually take a higher position to avoid getting myself and my cameras swamped. I use a specialist housing for shooting surf in the water, though these are often more expensive than the camera and lens that they protect. Usually just a rain cover suffices when shooting from land.” 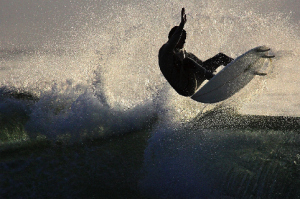 He adds, “My top tip is always this: never shoot where there are twenty other photographers, everyone will get exactly the same shot, making yours worthless. Look for something different, a new angle or a new viewpoint.”

When asked to recall a memorable experience from one of his shooting adventures, Mike tells the story of when he was asked to attend a windsurfing contest that was scheduled to happen during a storm. He was there to photograph and film one of the contestants, Marcilio Browne, a young and upcoming Brazilian windsurfer.

Mike recalls the day, “By the time I got to the contest the waves were ten feet. The wind was rising, and the waves with it, as I searched for Marcilio amongst the crowds. Eventually someone pointed him out – windsurfing towards the horizon at full throttle, and then spinning a massive aerial loop on a giant wave! The wave size just kept increasing as the swell hit properly, getting up to thirty feet high, the spray flying over the top of Godrevy lighthouse in the howling wind.” 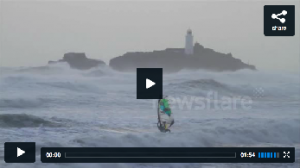 “Unbelievably the contest kept going, with windsurfers looping off thirty foot peaks, a helicopter buzzing around capturing the action and a howling gale hitting 70mph, wobbling the tripod all over the place. Certainly the most extreme conditions I have ever witnessed at that beach, with the most extreme windsurfing I’ve witnessed anywhere. Of course, the video from that day did really well on Newsflare!”

For more information on Mike’s work, please visit his website at: www.mikenewmanphotography.co.uk

The television series ‘Storm Hunters’ takes you on a journey following storm chaser, Joshua Zorn (Saskatchewanweather.com) and his team, as […]

Sound Sound is one of the most important, but most overlooked, aspects of video. Most video DLSRs come with an in-built […]