We’re really pleased to announce that now Android users can make the most of Newsflare and get paid when their Newsworthy video is used.

Check out our media release below or visit Google Play to download the app now! Let us know what you think! 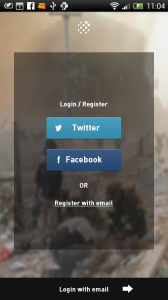 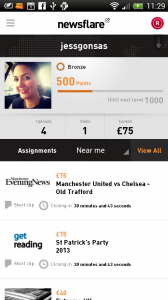 Newsflare, the dedicated video news submission platform for the public, has announced the launch of its first Android App on Google Play.

The new App allows Newsflare members to quickly shoot newsworthy video as it
happens. When video is recorded, it is tagged with the time and location and is
uploaded to the website where it can be viewed by news organisations around the
world. When a video is sold, the submitter is paid at least 50% of the sale price
allowing them a quick and easy way to make money with their smart phone.

Newsflare is now regularly selling newsworthy video to major national and
international news organisations including BBC, Sky News, Reuters, ITV, The
Telegraph, The Guardian, The Sun, MailOnline and Local World. TV production
companies are now increasingly using Newsflare videos in their documentaries,
meaning that as well as selling on the day it was captured footage can also sell
months after it was first captured.

Newsflare’s Commercial Director, Bevan Thomas said: “It’s been an amazing few
months. It’s fantastic to see our members’ videos regularly being bought by media
organisations around the world. Our members get a huge kick out of seeing their
videos on television and online and being properly rewarded for their contribution to
the story. The launch of the Android App will allow us to put this power in the hands
of more people than ever before.’

The App also provides Newsflare and their news organisation partners with the
ability to request video content from the Newsflare community. These requests are
set as location-specific Assignments and are distributed via the App to every
member in the relevant region. This provides a unique opportunity for members to
be involved first hand in the gathering of the news. For news organisations this
provides an opportunity to source unique video footage that they are unable to
source via traditional means.

The app adds to the iPhone App launched last year and brings a fresh design and
user interface, it can be found now on Google Play.

See some of the examples of great video captured by newsflare members:

Check some of the best of Newsflare

Thanks to all our amazing members for the videos you've uploaded over the past months. It's been an exciting time […]